‘Alderamin on the Sky’ is a series that has two drastic tones that meld together very well to support its narrative. One is the banter of the characters, their innocence, their bonds, and the joys that can be found in life; even during wartime. The other is the horror, the anxiety, the brutality, of war and the effect it can have. How that horror can eventually give way to desensitization, dehumanization or to trauma; and what happens when some of the higher-ups are lazy, incompetent, simply don’t care, or even worse… believe they know it all and can do no wrong.

This series focuses on a main character who is a strategic genius – but lazy – and is dragged into a war he wanted nothing to do with. He is not invincible, as he gets pushed around, fails and makes drastic mistakes, but continues to learn and to better himself. 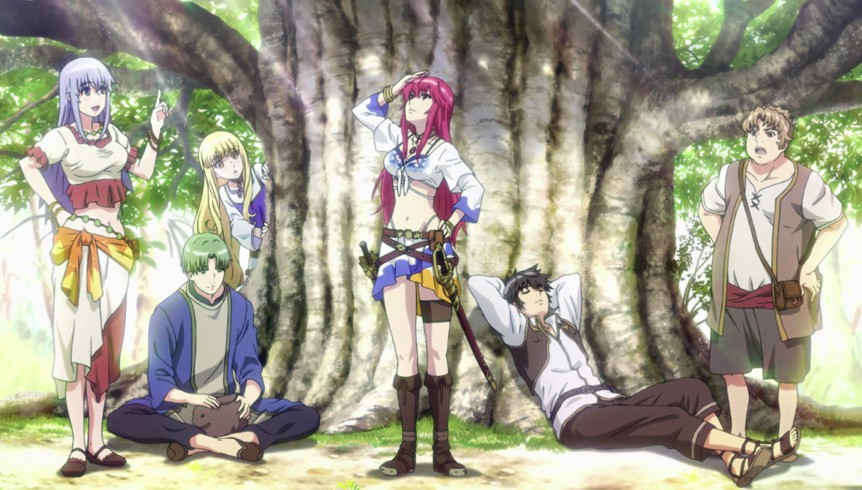 There are many side characters as well, who all struggle with personal and war-related issues, but all try to better themselves and live life the best they can during wartime while fulfilling their duties. It is quite compelling how the series shows these dilemmas and develops them, as there is no magic answer.

‘Alderamin on the Sky’ is one of the best war anime I’ve ever seen. It manages to balance humanity, comedy and strong character bonds with exploration into the horrors of war and its effects in all areas of life in a balanced manner that supports the main narrative.

2 thoughts on “Alderamin on the Sky – Joy, Life, War and Horror”

Recent Posts From My Other Blog: Thoughts of a Typical Gamer

My Slight Trepidation with Cyberpunk 2077 (I’m Overwhelmingly Excited Though)

How To Choose What To Play; Also Known as Having Too Many Games and Too Little Time.

The Last of Us Part II – Mechanically Brilliant Gameplay, With a Confused Mess of a Narrative